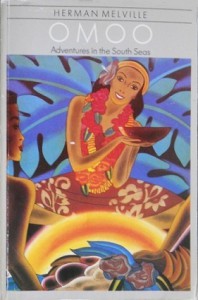 Written in typically sumptuous Melvillean prose, this book, while admittedly more plotless than Typee: A Peep at Polynesian Life, was no less enjoyable to read; indeed, it was moreso at times, I felt. I imagine it was quite a daring book at the time, given that Melville does not spare the Christian missionaries from criticism. In fact, I'd say the contrast between the imported Western "progress" and autochthonous culture was a theme that pervaded the entire book.

I've worked anachronistically, starting with Moby-Dick, and then moving onto "Typee," then to "Omoo," which makes it possible to compare his later magnum opus with his early attempts. I'd say there's a pretty discernible evolution of content and style, so far at least, when moving from "Typee" to "Moby-Dick." I'll see if that trend holds as I move on to Mardi.
Tweet